Melbourne Convention and Exhibition Centre (MCEC) celebrates its 25th Anniversary this year, marking a milestone for the venue that has hosted well over 20,000 international, national and local events and welcomed millions of visitors over the last quarter century.

Having hosted innumerable influential events in the health space, MCEC has taken a step back in time to reminisce with some of our most influential Club Melbourne Ambassadors about their fondest memories over the past 25 years.

What has been the most memorable moment you have had with MCEC?

The opening of the new section of MCEC unveiling the rebuild with the new pathway from the carpark and exhibition was such an exciting event. Watching the time-lapsed video of the build progressing in all its golden glory.  I kept a little video on my phone!  There have been so many great dinners – lots of memorable moments.

How has your role as a Club Melbourne Ambassador shaped the way you see Melbourne?

MCEC has introduced me to wonderful people who drive the events that make our city a thriving, innovative, green focused place. It gives me growing insight into the links between conferences, tourism, and music, sport and other big cultural events.  It makes me see we are blessed to have this great heritage but also the need to nurture this human infrastructure

You are the Meeting Chair for the Annual Meeting of the International Continence Society 2021, can you tell us about this and what it means to be involved?

Firstly, when the MCEC approached me it was 2013 for a 2021 meeting.   I have been a member of the organisation since 1996 and an academic surgeon working in the world of improving continence. But I was by no means in a succession plan by the organisation of ICS for the role of meeting Chair. So stepping up my networking was my first action, attending all ICS meetings elsewhere and immersing myself in the question of what makes a great meeting.  Via Club Melbourne, I started to mingle with people with a track record of running highly successful events and they were exceptionally generous with their learnings. We gathered a great national Local Organising Committee and started the tough task of winning the bid, which was a hard fought contest at the end of 2017.  It involved a deep immersion in the organisation of ICS, making great friends and working out how to ensure a great meeting, no matter the obstacles like COVID-19.

Evolving sustainable and green physical spaces with staff, systems and technology that inspire Melbournians to gather colleagues and friends to celebrate and grow a vibrant, fun, intelligent, forward thinking world. 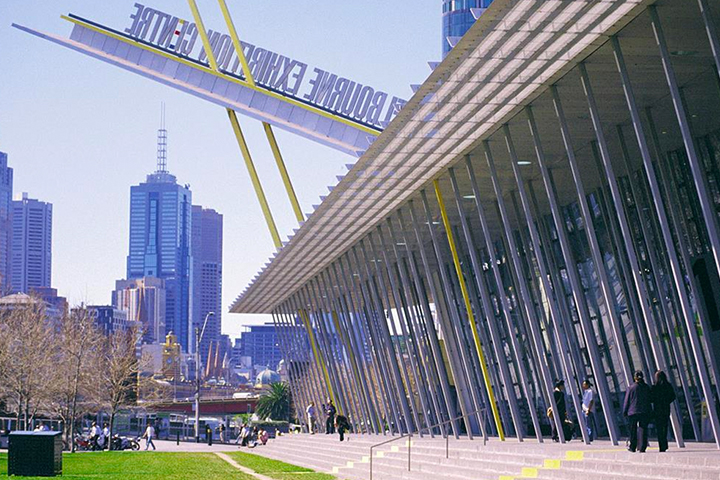 Emeritus Professor, The University of Melbourne

You have been involved in a plethora of events over your time at MCEC, can you tell us about the most memorable?

Each of the events that I have run at the MCEC evoke wonderful memories.   My first international meeting, the International Congress of Genetics in 2003, was particularly special because this conference marked the 50th anniversary of the discovery of the structure of DNA and it was the year when the sequencing of the human genome was completed.  Among an all-star lineup of hundreds of invited speakers, there were 6 Nobel Laureates.

The UN Conference on Global Health and the Millennium Development Goals (2010) was particularly satisfying because we had 8 months to organize this conference which brought 2500 people to Melbourne to discuss the major health challenges the world faces.

You will be chairing the International Congress of Genetics again in 2023, 20 years on from the Congress in 2003, can you tell us about this and what it means to be involved?

This Congress is rather like the Olympics of Genetics.  It is held once every five years in different cities around the world.  For Melbourne to be chosen to host the Congress a second time is a tribute to what this city and the MCEC do in creating memorable, landmark events.  Being involved in organizing the 2023 Congress is exciting.   In 2003 we set a high bar in terms of the experience offered to delegates and engagement with the public.  I am confident we can leap over that bar in 2023.  I have a background in theatre.   I want our organizing team to curate an unforgettable experience for Congress delegates and the people of Melbourne.

Since 2003 I have had the opportunity to promote Melbourne as a destination and the MCEC as an elite venue both in Australia and overseas.  I have been able to assist the organizers of many conferences, sharing my experience and contacts.  Without doubt, my best experience was in mentoring students who organized the 2013 World Model United Nations Conference in Melbourne.   My experience was probably reassuring to the students and the industry experts that I introduced them to were glad to assist.  Having said that, with very limited resources and minimal prior experience, these students organized a conference that brought 2000 students from 80 nations to Melbourne.  The buzz at MCEC was incredible!!

MCEC makes a huge contribution to Melbourne’s reputation as a global centre for research and education, building on our proud cultural heritage.   MCEC operates in an extremely competitive global market and brings the biggest conferences and the brightest minds to Melbourne.  MCEC succeeds because it is innovative and is committed to outstanding customer service.  I hope and expect that this will still be true in 25 years time.  I want to see Melbourne continue to dominate on the world stage. 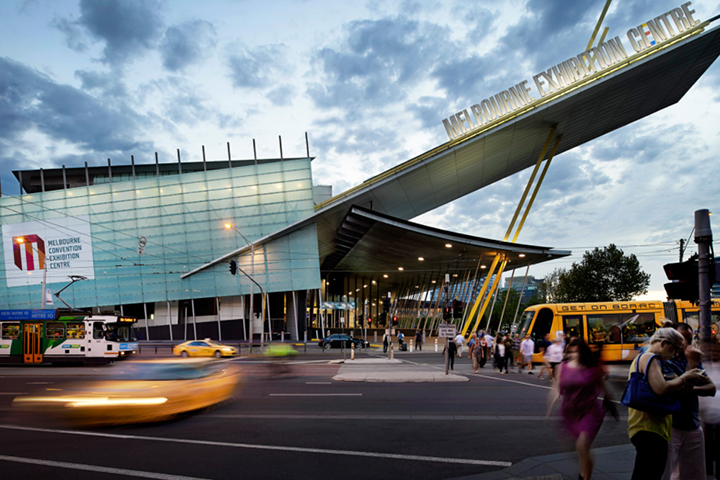 What has been the most memorable moment you have had at MCEC?

Just going up the stair case and looking across at the fabulous views of Melbourne from the congress centre- its a reminder of what a great city Melbourne is.

Supported my securing the World Congress on the Menopause for Melbourne 2020 and then with the covid crisis being able to first reschedule to 2021, and then to  the secure the congress for 2024.

You led the successful bid and will be Chair of the World Congress on Menopause for Melbourne in 2024, can you tell us about this and what it means to be involved?

Obviously with covid congress scheduling has been traumatic. The initial success of the bid was for 2020. When it became apparent that even our rescheduled Congress for 2021 was not feasible, it looked as though Melbourne would not host the World Congress on Menopause. However, with the support of MCEC and MCB I was able to provide my international Board with a 2024 option that was accepted. Part of this was that we had generated global interest in Melbourne with the production of promotional videos in English, Spanish and Chinese and me having promoted Melbourne at major congresses across the world.

That it not just be a congress centre but seen by Melburnians as a community space. Over time I would like to see it have a “soul” and really be adopted strongly as part of Melbourne at a grass roots community level.

What has been the most memorable moment you have had at MCEC?

I am always impressed when I am in the amin auditorium with several thousand people. It is the plenary hall that Melbourne needed for large conventions.

Being an original  ambassador allowed me to  be part of the lobbying group led by Leigh Harry when we started trying to persuade the government to build MCEC adjoining the Exhibition Centre.

You led the successful bid and was a member of the LOC for the 14th World Congress on Human Reproduction 2011, talk to us about this experience? What were some of the legacies of the congress?

It was a privilege to welcome my colleagues from the Academy (there are 36 of us around the world) to my home city, and to show off the best convention centre in the world. Although this was 10 years ago my colleagues still remember the 2011 meeting with great memories.

You led the successful bid and was a member of the LOC for the 23rd World Congress on Controversies in Obstetrics, Gynecology & Infertility (COGI) 2016, talk to us about this experience? What were some of the legacies of the congress?

Being part of COGI 2016  enabled me to be actively involved with COGI in other countries- London, Vienna. Again it was great to show my colleagues – a different group to The Academy- my home city and all its attractions.