Novotel South Wharf: A Modern Addition To Our Maritime Precinct

The doors are open at Melbourne’s newest hotel – the $150 million ‘golden tower’ that is Novotel Melbourne South Wharf. The stunning property is a bold architectural statement – one that rises 26 storeys high.

Construction of the hotel’s tall, relatively narrow form and panel-by-panel application of its distinctive golden facade has kept Melburnians guessing for months.

The striking hotel comprises of 347 guestrooms and suites and is situated directly adjacent the Melbourne Convention and Exhibition Centre (MCEC), which is undergoing a $350 million expansion to transform it into the largest facility of its kind in the Southern Hemisphere. 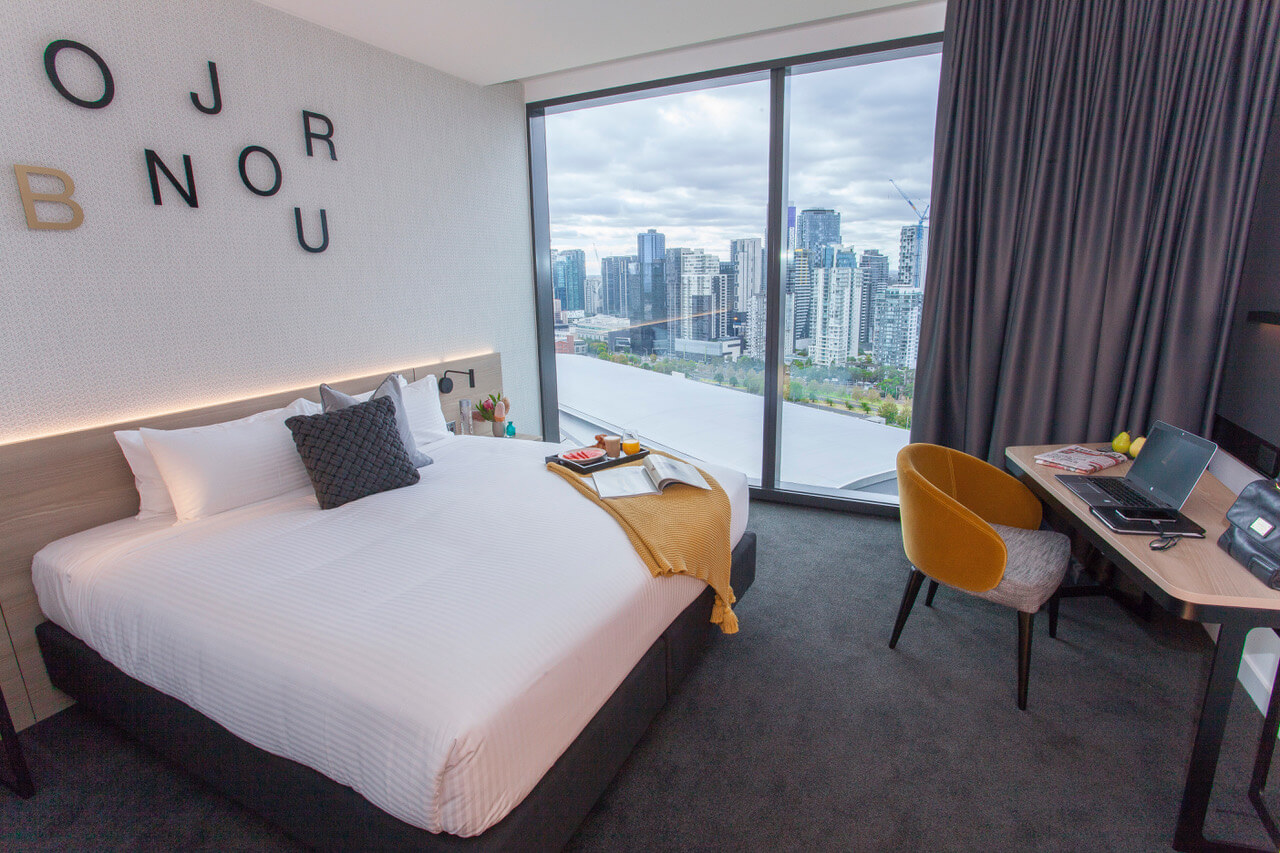 General Manager Glen Erickson said Novotel Melbourne South Wharf would make an important contribution to the local hotel landscape, which was experiencing a resurgence with investment in new build hotels planned or underway.

“This hotel’s development, along with the MCEC expansion project, represents one of the largest and most significant infrastructure investments into Melbourne’s tourism and convention industry,” said Mr Erickson.

“Novotel Melbourne South Wharf will contribute significantly to the continued evolution of Melbourne as one of Asia Pacific’s most desirable – and frequently visited – destinations for both business and leisure travel.”

Designed by Woods Bagot, NH Architecture and with interiors by Fender Katsalidis and Woods Bagot, the hotel joins other new Novotels globally, such as the brand’s flagship Canary Wharf property in London, to reflect the very latest in hotel and interior design trends. 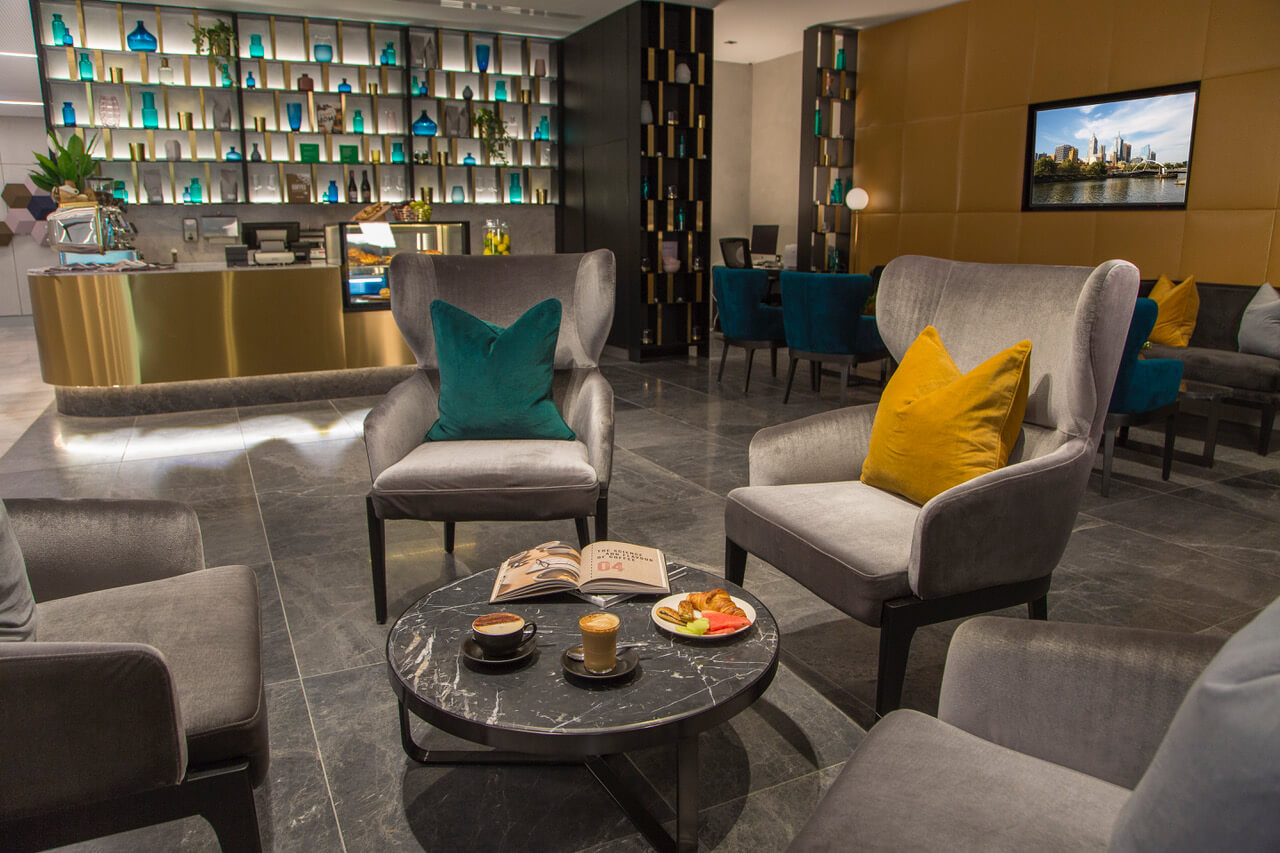 Similarly, with Novotel’s much-lauded Canary Wharf property in London, Novotel Melbourne South Wharf is located within an historic maritime precinct. Its contemporary architecture contrasts with nearby docks and cargo sheds, as well as an original working ship, the Polly Woodside, which has been preserved and permanently moored. Built in Belfast in 1885, the Polly Woodside is now a key tourist attraction in South Wharf.

Novotel Melbourne South Wharf makes for an ideal base for any traveller – corporate, conference, interstate, international and even locals. The hotel’s close proximity to Etihad Stadium, South Wharf shopping and dining options, and broader Southbank and CBD attractions, mean it’s a perfect place to stay and play in Melbourne.

“Coupled with the hotel’s inhouse dining options – including a glamorous bar/restaurant on level six, Mr Carpano Bar & Dining – Novotel Melbourne South Wharf is redefining the four-star hotel experience by providing an exceptional level of amenity, along with the most stringent customer service standards,” said Mr Erickson. 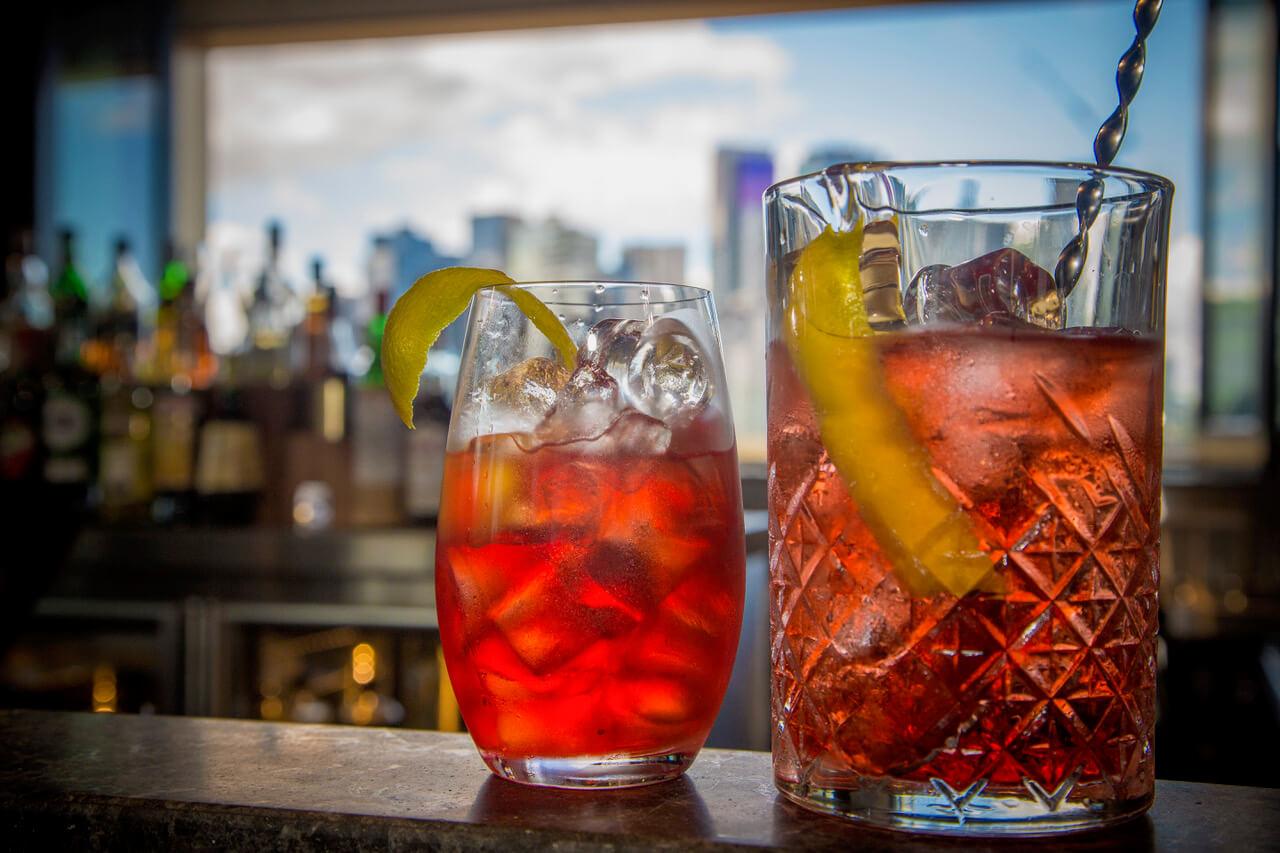 “The location also brings together unrivalled access to modern conferencing and events facilities, with the energy and atmosphere of a dynamic, city-fringe precinct rich in history.”